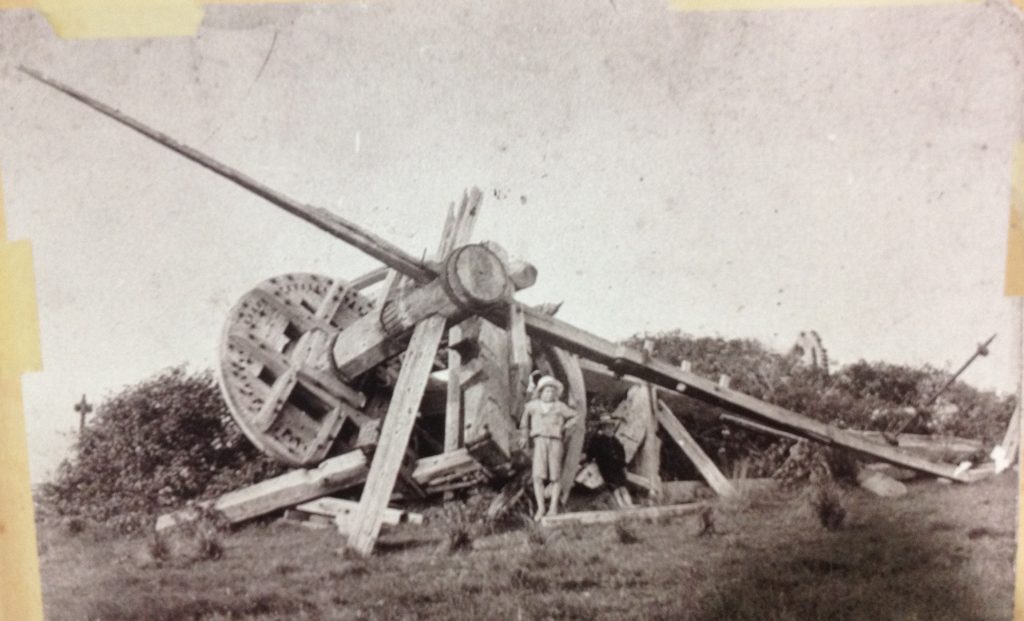 Remains of the original windmill on Windmill Hill.

Windmill Hill Park, at the ocean edge in Port Macquarie, was the original site of Major Archibald Clunes Innes’ wheat and corn grinding mill in the 19th century. The site is now a public park, whose stunning views can be enjoyed by all.I was drawn to create an abstract work of this place, in memory of Mrs Grace Easterbrook, who was the president of the Conservation Society in the early nineteen seventies. It was largely due to her organizing a petition and dedicating years to fight for this cause, that the park did not become the site of a seven-story motel with a concrete car park. I see Grace Easterbrook as one of our local heroes….
When Grace’s husband Arthur died in 2009, the family donated a seat dedicated to him. It was erected overlooking the already existing plaque for his wife and also the sculpture “Folly”, created by Rick Reynolds in 2005 to commemorate the mill which once stood there.
Grace and Arthur’s daughter Marion commented in a Port Macquarie Writer’s article: “We often imagine them there in the park, enjoying the view and smiling at others doing likewise.”
Marion’s words became the inspiration for my work!
“The Keepers of Windmill Hill”, portrays Grace and Arthur and their descendants as the guardians of this special place.
I wanted to capture the beauty and serenity of the surroundings but also conjure memories of the old mill, through an abstracted image of it and its surroundings. 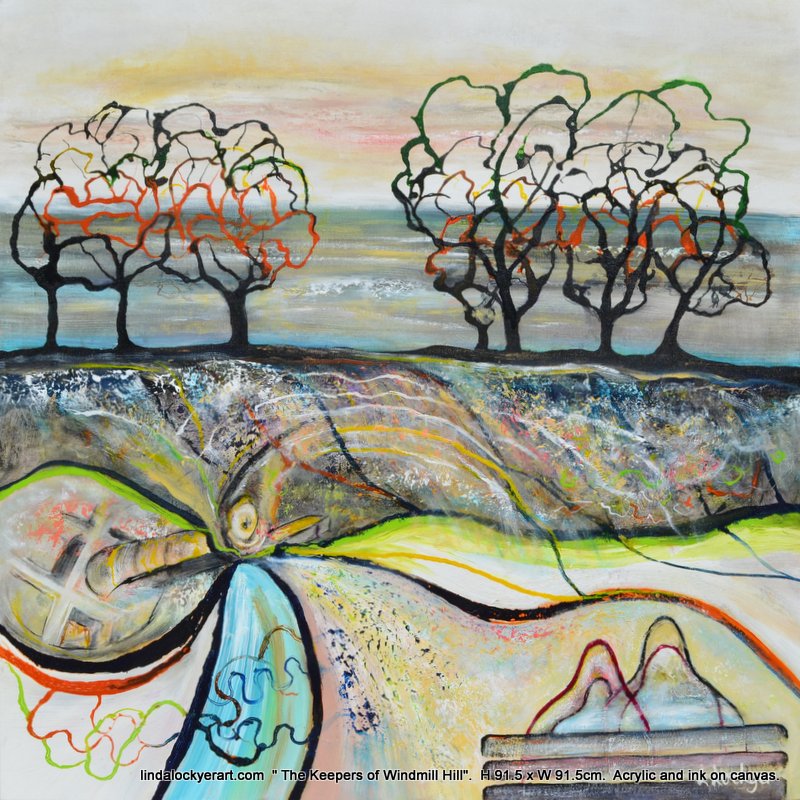